Map: Russia's planned fortification of the Arctic & Video: Putin: We Have The Best Army In The World 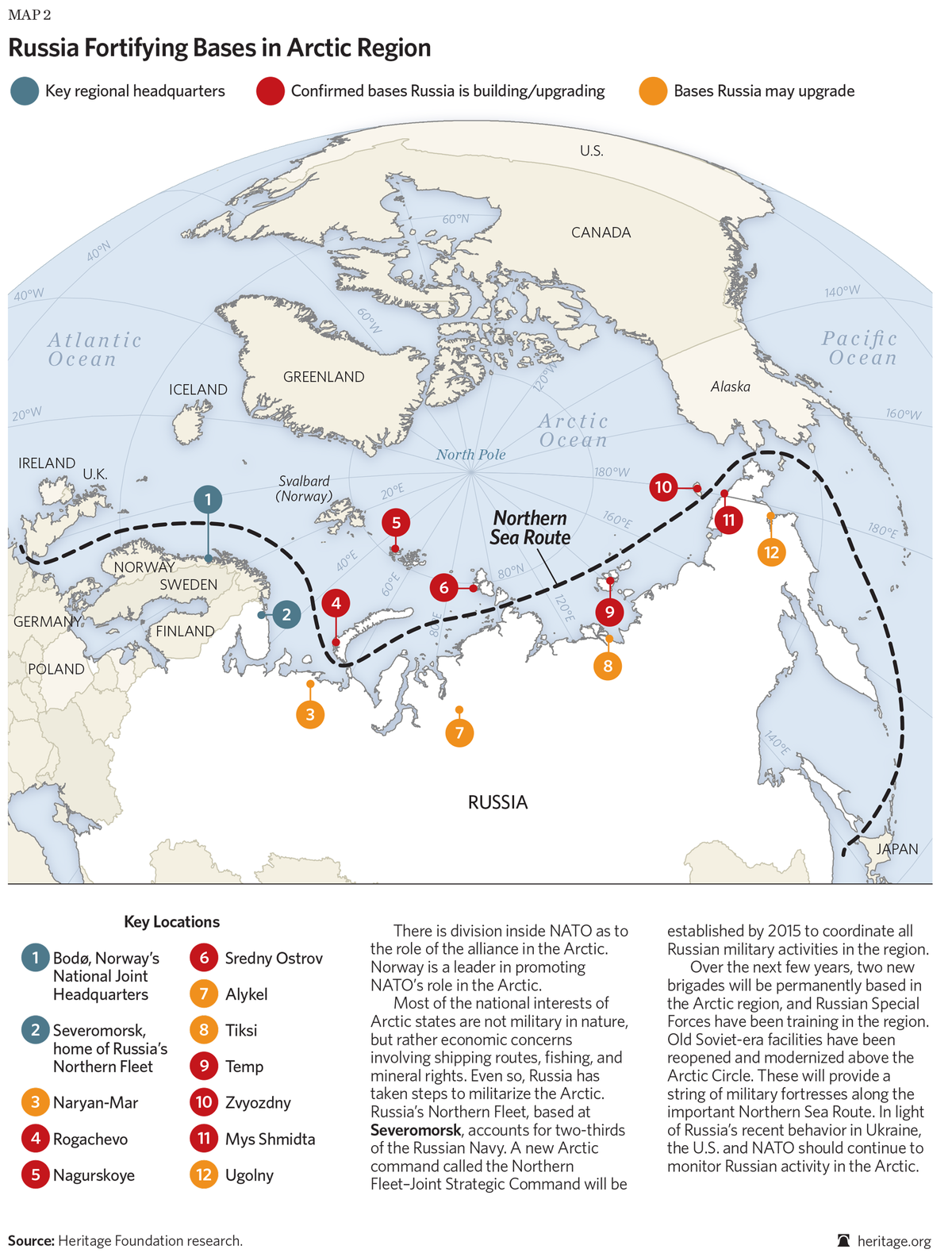 As The Heritage Foundation notes, most Arctic states have developed some kind of military presence in the region to bolster economic activities. Only Russia has taken the additional step of completely militarizing its Arctic frontier.

It's even moving most of its ships to the region. "Russia's Northern Fleet," the foundation reports, "based at Severomorsk, account for two-third of the Russian Navy."