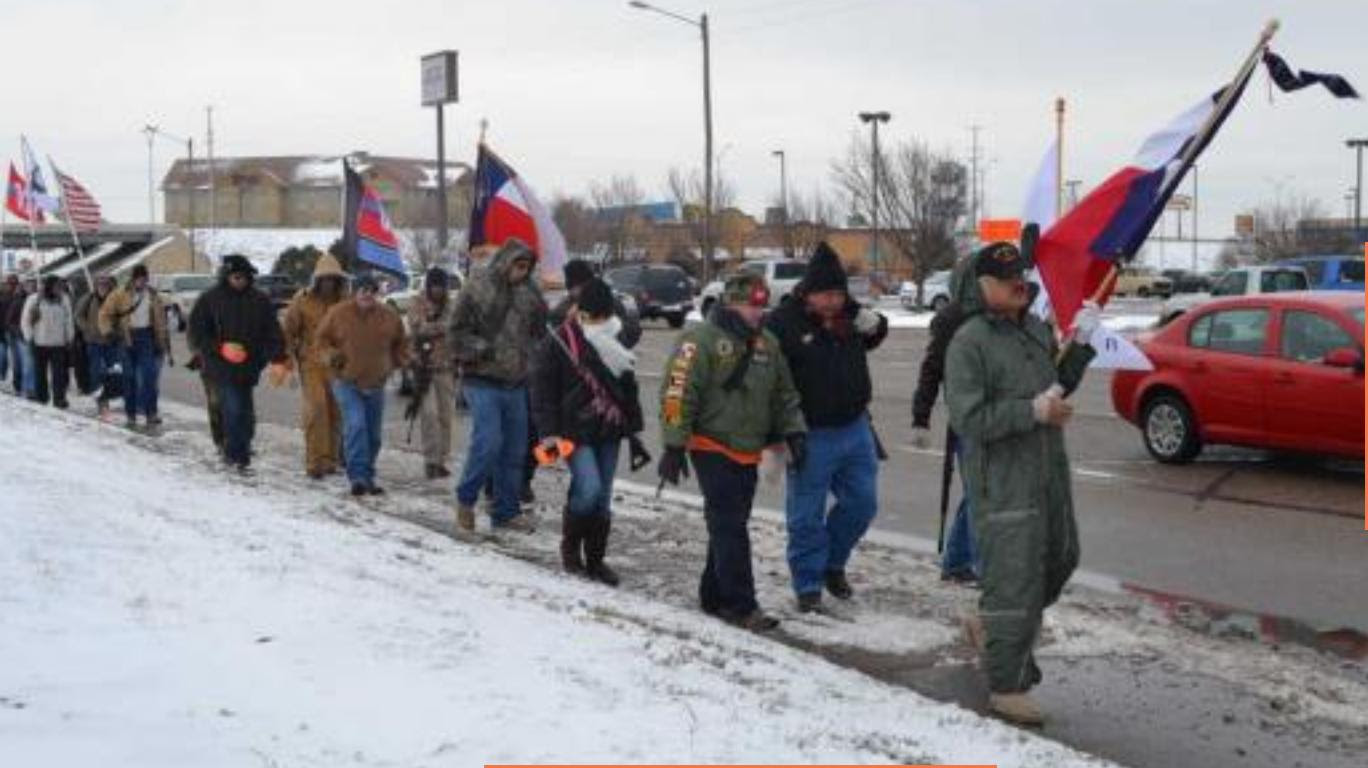 Open carry Texas is keeping the heat on the Texas legislature.  This time with an open carry march in Amarillo, in the snow.  More than 2,300 open carry marches have been conducted in Texas in the last 18 months.  No other social movement has been as effective in organizing and gaining followers in the last few decades.  Open carry has struck a cord with the Texas gun culture.  Many became educated as to the state of the law.  Some could not believe that they did not already have rights that are commonly in place in most of the other states.  Others could not believe that they had the legal rights that they did.  Both groups were emboldened to march and protest the current state of the law.

Reports from the marchers show overwhelming support for their actions.  From amarillo.com: