White US children will be minorities by 2020 after immigrant 'baby boom', Census reveals 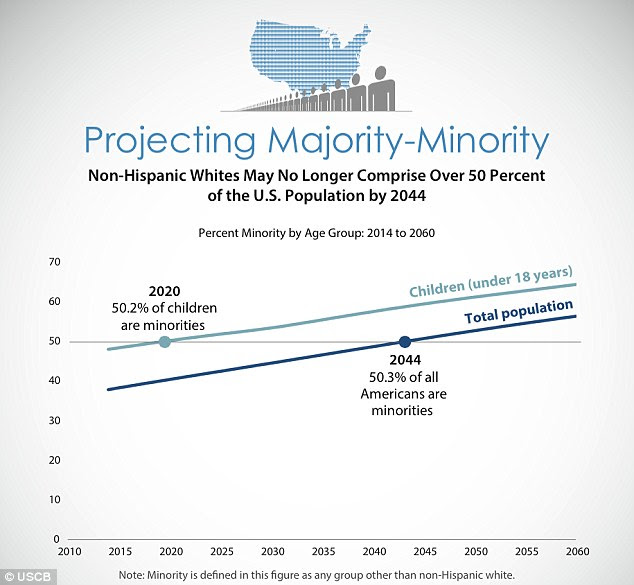 This is the result of an ongoing trend of declining birth among white Americans and a baby boom among immigrant groups, as well as a surge in immigration.

By the year 2020, 50.2percent of all children in the US are expected to be non-white, according to the Census. By 2044, whites will be outnumbered by minorities.

The Census study, released this week, predicts that by year 2060, nearly 20percent of the population will be foreign born - thanks to an influx of 64million new immigrants.