Democrats: Get A $2,000 Tax Credit For Turning In Your Assault Rifles 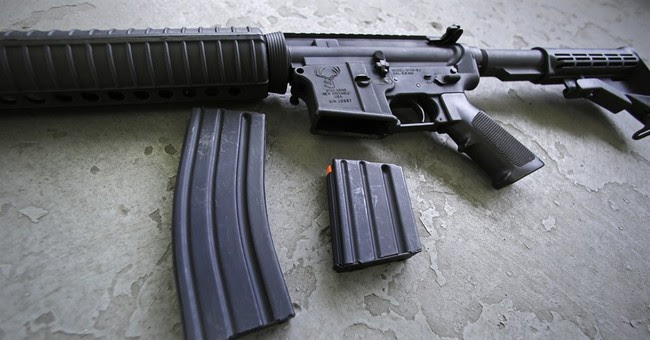 Congressional Democrats have a grand scheme to make America’s streets safer; incentivize people cannibalize to their Second Amendment rights for tax credits. Rep. Rosa DeLauro (D-Conn.) will introduce the Support Assault Firearm Elimination and Education of our Streets Act, which will do just that (via the Hill):

“Assault weapons are not about hunting, or even self-defense,” DeLauro said. “There is no reason on earth, other than to kill as many people as possible in as short a time as possible, that anyone needs a gun designed for a battlefield.”

Though DeLauro is in favor of stronger guns laws that would completely ban assault weapons and high-capacity ammunition, she emphasized this bill would not force gun owners to turn in their firearms.

The legislation would provide up to $2,000 in tax credits for gun owners who voluntarily hand over assault weapons to their local police departments.