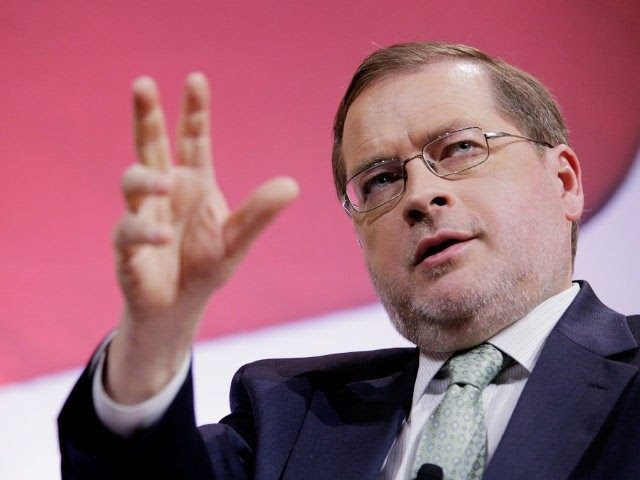 The NRA announced Grover Norquist’s re-election to the NRA Board of Directors on April 11 — but on Tuesday, the organization confirmed that Norquist has “voluntarily suspended” himself from NRA board activities.
Breitbart News spoke with an NRA spokesman who said that Norquist has indeed distanced himself from the board. The spokesman confirmed that “Grover Norquist has voluntarily suspended activities with the NRA Board of Directors as he awaits the outcome of an investigation into allegations against him.”