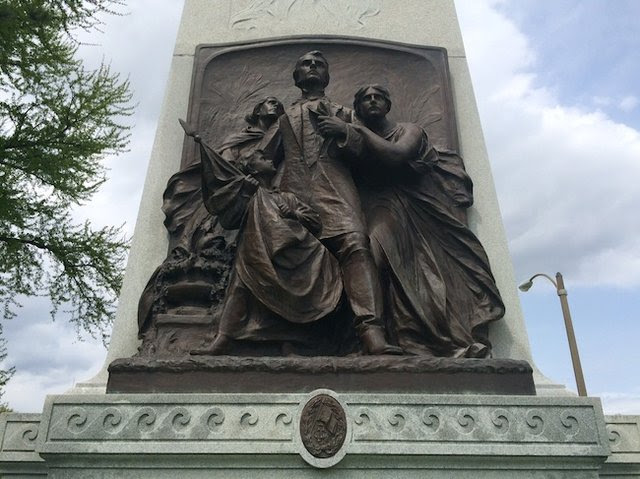 During the official dedication of Forest Park’s only memorial commemorating fallen Confederate soldiers, in December 1914, Mrs. H. N. Spencer asked the city of St. Louis to “guard [Confederate Monument] as a sacred trust.

“It seems fitting that Missouri, so strongly Southern in sentiment, should have the shaft reared here in this, her great metropolis,” said Spencer, who led the $23,000 effort to build the monument, according to Confederate Veteran magazine. “It is the embodiment of our love.”

A century later, in a city still struggling to find unity, Mayor Francis Slay is asking local experts whether preserving the 32-foot granite memorial to the Confederacy would mean continuing to display it in one of St. Louis' most popular attractions.