On 150th Anniversary of Appomattox, Communists Stomp On, Spit On, and Publicly Burn Confederate Battle Flag At The Florida State Capitol 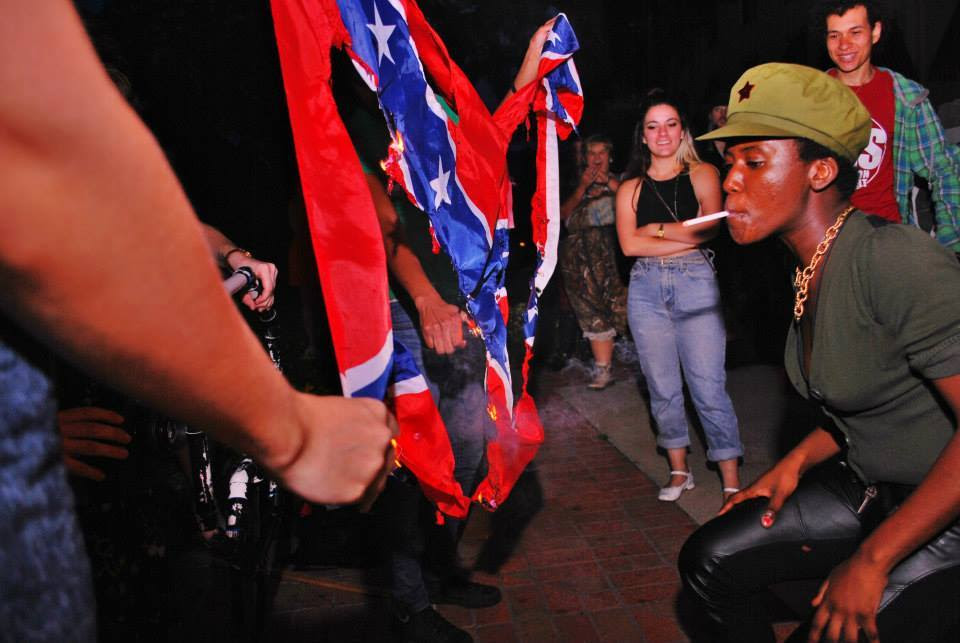 Update: Tallahassee SDS is holding their next meeting on April 15 and their next rally on April 18 at the Florida State Capitol.

This is an absolute disgrace … what follows is a rant and a call for change.

Yesterday, a group of about 60 communists led by Tallahassee SDS and a number of small leftwing groups marched from the Florida State University campus to the Florida State Capitol where they stomped on, spit on, and publicly burned a Confederate Battle Flag on the 150th anniversary of Lee’s surrender at Appomattox.

Yes, communists … here’s the punk wearing the red shirt below who organized the event. His real name is Zachary Schultz and he runs Tallahassee SDS. His co-organizer’s real name is Regina Joseph. That’s her below in front of the Soviet flag: