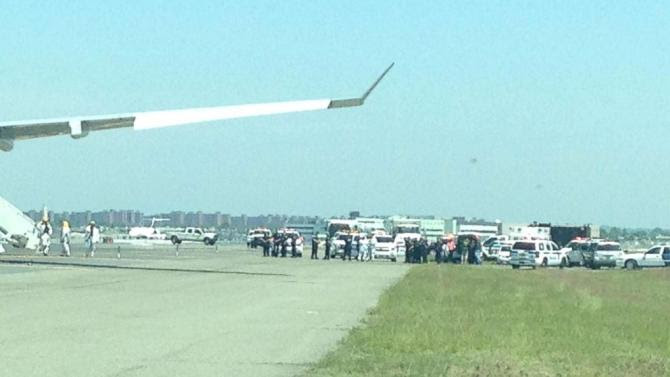 At least six flights were impacted by threats at airports in New York, New Jersey and Boston today, according to airlines and law enforcement.

JFK Airport:
An Air France plane was escorted to JFK Airport in New York City this morning after an anonymous threat was made against the flight, law enforcement officials told ABC News.

The FBI said the plane has since been checked and cleared with "no incidents or hazards reported on board the flight by either the passengers or its crew."

Authorities said that the decision to have the plane escorted by two fighter jets was done "out of an abundance of caution" after the Maryland State Police McHenry Barrack, in Garrett County, received an anonymous call of a “chemical weapons threat” aboard Air France Flight 22, which was en route from Paris to the New York City airport.