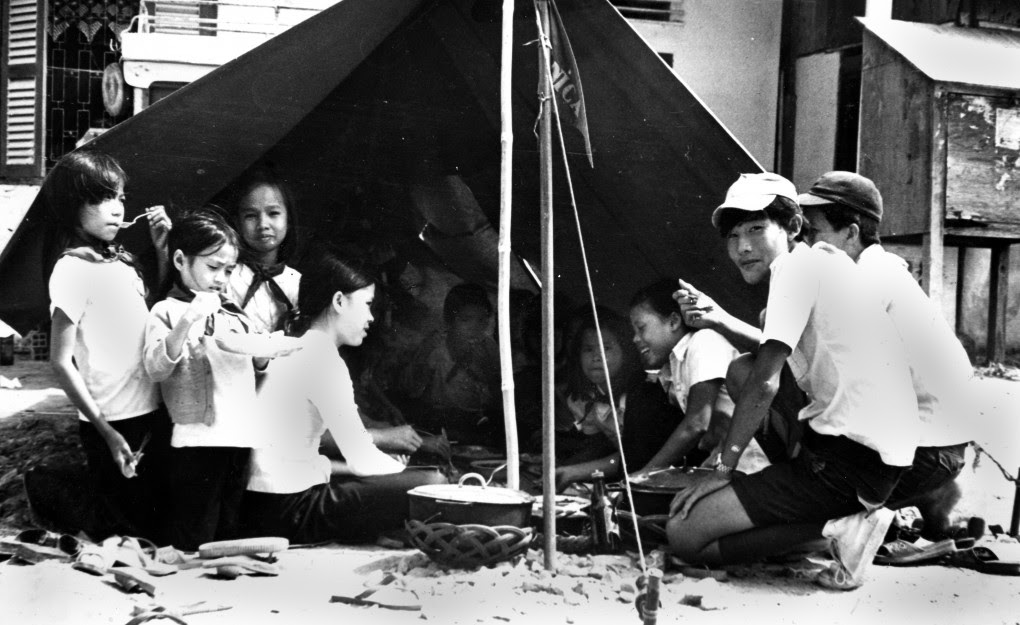 The' N. Pham, a TNTT (a religious affiliate like 4H or Boy Scouts) leader, judges the foods from each team during camping around his church in Dong Xuyen Villeage in Vietnam in late 1974 before the fall of Saigon. The' is the leader of the youth group and also a Boy Scout leader in his pack.

My last days in Vietnam

Rory Kennedy's Oscar-nominated documentary "Last Days in Vietnam" is a striking, honest look at the turmoil, anxiety and confusion surrounding the fall of Saigon - now Ho Chi Minh City - on April 30, 1975. Watching the film, which was recently released on Blu-ray, can be troubling or emotional at times. Especially for those who were involved. It takes me back to the chaos of that time, when my own family worked to flee South Vietnam, after the North Vietnamese army ignored the Paris Peace Accords and began taking over the South. Born and raised in South Vietnam, I was 16 when the city fell on that hot and muggy April day.

At the time, I was confused and unsure about what was happening around me. I did not understand why we had to leave Đông Xuyên, the little town that had been the center of our world. We had to abandon our dog, the little sandy road leading to our home, the soccer field that we played on daily and afternoons plunging into the river to cool off from the summer heat.

Most people had left by boat. We would do the same, soon. I knew my mother was nervous and worried to death. My dad was calm. Still, I was able to detect the sadness in his eyes. This wasn't the first time the threat of communism had forced him to uproot his family.