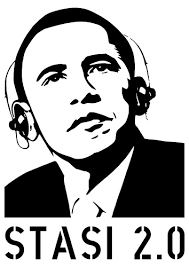 Repulsive to the extreme.

President Barack Obama sounded the alarm about what could happen if there is a delay in renewing the USA Patriot Act.

“I don’t want us to be in a situation in which, for a certain period of time, those authorities go away and suddenly we are dark, and heaven forbid, we’ve got a problem where we could have prevented a terrorist attack or apprehended someone who was engaged in dangerous activity but we didn’t do so simply because of inaction in the Senate,” Obama told reporters Friday after meeting with Attorney General Loretta Lynch at the White House.