Andrew Young: "The problems we face don't have anything to do with the flag." 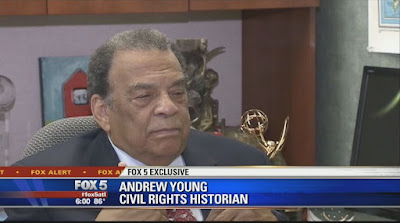 An international civil rights icon and former Atlanta mayor weighs in on the debate the entire country is talking about. FOX 5's Morse Diggs sat down with Ambassador Andrew Young to get his take on the Confederate flag and his answer might surprise you.

He said some people fighting against the flag are more worried about treating the symptoms than treating the illness. Also he is not advocating a tax on the flag.

The former two-term mayor suggested people focus more on the substance of the problems and issues of today and not on a symbol. He said a lesson should have been learned by what happened at the State Capitol. He said supporters of former Governor Roy Barnes won a big state battle but lost the State House.