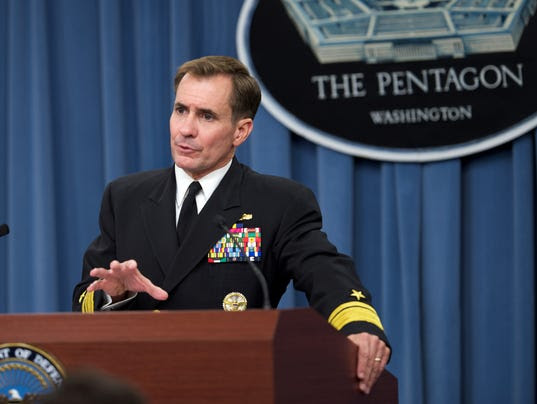 The U.S. force deploying to the Middle East later this year to train and equip moderate Syrian rebels may exceed 1,000, a Pentagon spokesman said Friday.

The mission will involve about 400 U.S. trainers — likely to include many Army Special Forces personnel — as well as additional "enablers" who will provide security and logistical support for the trainers, defense officials say.

"It could approach 1,000, it could even exceed it," said Rear Adm. John Kirby, a Pentagon spokesman, in a briefing with reporters Friday.