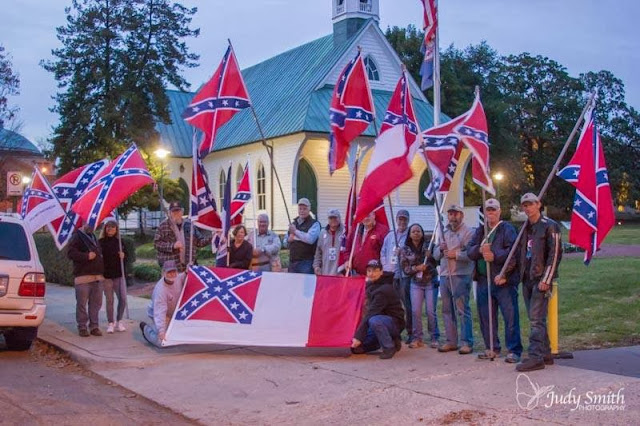 The $outhern Poverty Law Center in August launched a campaign to build an interactive map of all parks, school mascots, and streets that honor the Confederacy and its leaders.

"The Confederate flag doesn't just represent Southern 'heritage,' it's a deeply divisive symbol used by racist groups, one what was raised above state capitols in the Deep South during the civil rights movement to show that they stood for white supremacy," said SPLC Founder Morris Dees. "There's no place for this or other symbols of the Confederacy in our public spaces."

The SPLC is asking people to send in names of photos of "Confederate statues or monuments; flags; government seals; patches on government uniforms; the names of parks, streets, schools, military bases or counties; school mascots; and other examples."