Via comment by Cav Med on EU migrant crisis: 'Schengen has now hit the buffe... 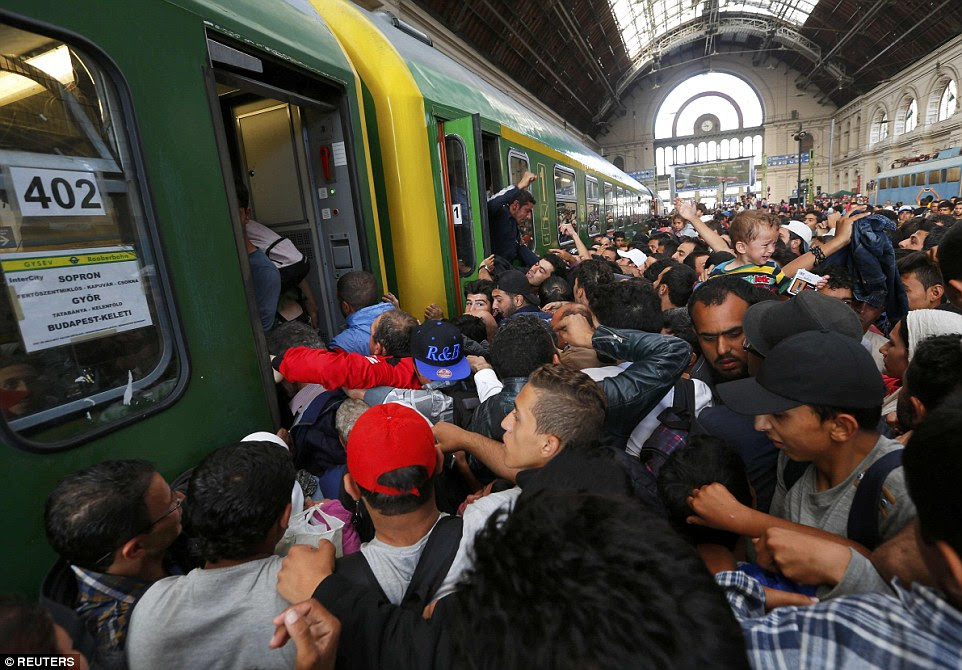 Police have stood down at Budapest's main railway station after a two-day standoff with refugees, sparking chaotic scenes.

Witnesses said people rushed platforms after the station's doors were opened, but officials said no trains would be running to western Europe.

Amid the confusion and an intial pause in which the station ran no services at all, some domestic trains were allowed to leave platforms headed for towns not far from the Austrian and Slovakian borders.

But reports from Hungary suggest refugees were hauled off those trains at the first stop west of Budapest, amid a hardening of the rhetoric surrounding the crisis from the Hungarian government. 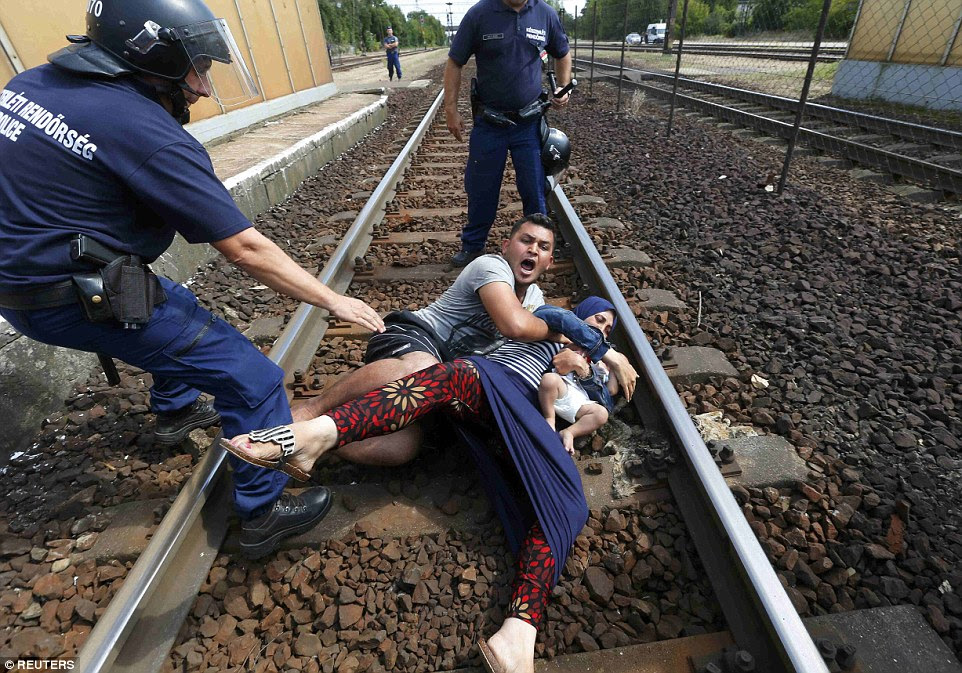 Father throws himself, his wife and baby onto rail tracks in Hungary after realizing their 'train to Austria' is actually taking them to a refugee camp