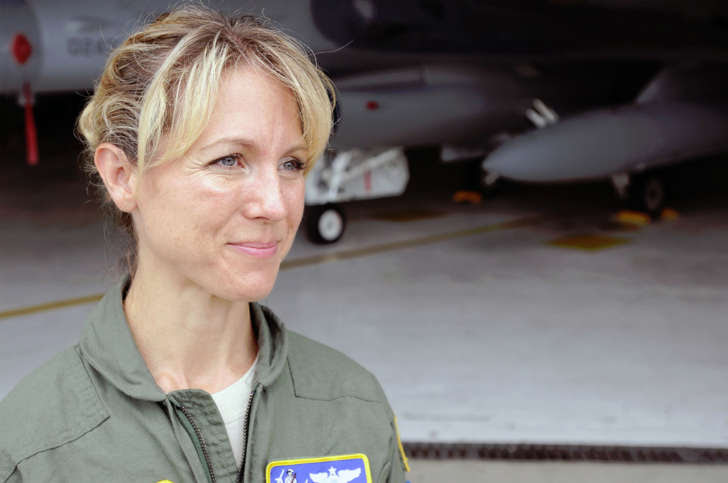 Late in the morning of the Tuesday that changed everything, Lt. Heather “Lucky” Penney was on a runway at Andrews Air Force Base and ready to fly. She had her hand on the throttle of an F-16 and she had her orders: Bring down United Airlines Flight 93. The day’s fourth hijacked airliner seemed to be hurtling toward Washington. Penney, one of the first two combat pilots in the air that morning, was told to stop it.

The one thing she didn’t have as she roared into the crystalline sky was live ammunition. Or missiles. Or anything at all to throw at a hostile aircraft.

Except her own plane. So that was the plan.