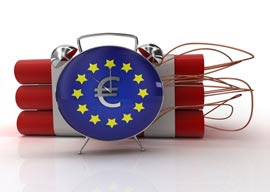 “Liberalism is the ideology of Western suicide,” wrote James Burnham in his 1964 “Suicide of the West.”

Burnham predicted that the mindless magnanimity of liberals, who subordinate the interests of their own people and nations to utopian and altruistic impulses, would bring about an end to Western civilization.

Was he wrong? Consider what is happening in Europe.