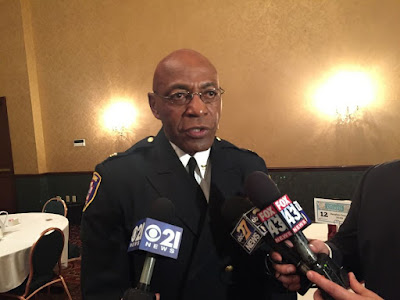 The beatdown also had a "racial overtone," to it, Police Chief Thomas Carter said. He said the attackers, who were black, yelled racial comments at the white victims, who had been "minding their own business."