Via Carl via Southern Historical Society

Two of the 'slaves' of Somerset Plantation, NC. NCCivilWar150.com

"In Mississippi, the conduct of the Federals toward the slaves was much the same as evidenced in Louisiana. "They had taken all the money from every Negro on the plantation," wrote Susan Dabney Smedes of Hinds, County, Mississippi, recounting a raid on her home by United States troops. One crippled sixty-three year old slave was a preacher named Isaac. Uncle Isaac had buried eighty dollars in gold-the savings of years, continued Mrs. Smedes. "This he was made to unearth. He had lately bought a new silver watch, for which he had paid forty dollars. This was taken from him."

When Federals came through the neighborhoods of Guntown and Saltillo Mississippi, they committed the usual theft and destruction of property. But they were particularly zealous to take all the salves they could, presumably needing their labor. Rev. James Agnew wrote in his journal that "The Yankees shot two... Negroes down in the yard because they would not go with him." 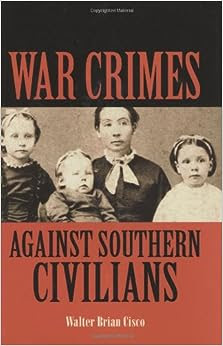 An excellent book.
Posted by Brock Townsend at Sunday, September 13, 2015