GOP establishment to back Hillary if Trump nominee: 'They want a puppet that they can control, Donald will never be that person' 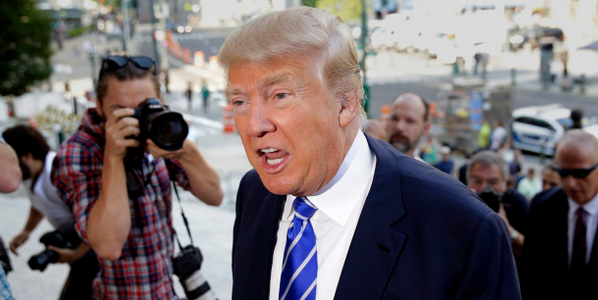 Although Donald Trump has signed a pledge to support the Republican Party’s nominee, that doesn’t mean the party’s establishment will support him, should he win the GOP presidential nod.

A report by the Hill suggests the big money Republican donors are actually looking to support Hillary Clinton for commander in chief if Trump is at the top of the GOP ticket. Yes, the Democrat Hillary Clinton could be getting millions of dollars from Republicans.

The website says: “In conversations over the past month, GOP establishment donors have confided to the Hill that for the first time in recent memory, they find themselves contemplating not supporting a Republican nominee for president.”

When asked for whom he would cast his vote if the choices are only Mrs. Clinton and Trump, the former mayor of Los Angeles and a longtime Republican establishment figure, Dick Riordan, said: “I would probably go find a deserted island.”