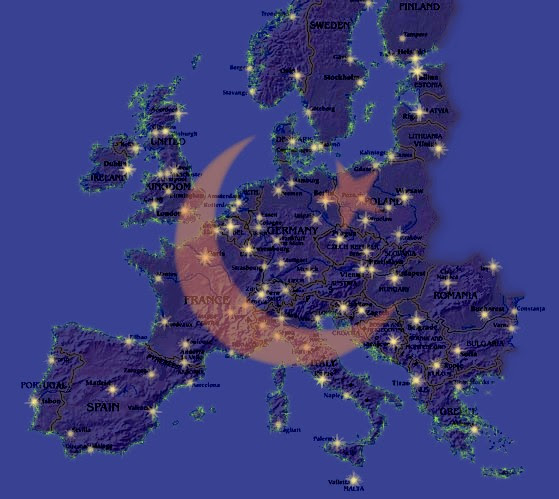 More than a decade ago I wrote my first novel, Enemies Foreign and Domestic. Part of my motivation was to establish my bona fides at forecasting social, political and military trends. I didn’t like the direction America was heading, and I wanted to warn as many readers as possible about some of the dangers I saw coming. At the end of 2015, I hope that my past success at prognostication will encourage people to pay heed to this essay.

As we roll into the New Year, we are witnessing the prelude to the culmination of a titanic struggle between three great actors. Three great social forces are now set in motion for a 2016 showdown and collision that will, in historical terms, be on par with the First and Second World Wars.

Two of these great social forces are currently allied in a de facto coalition against the third. They have forged an unwritten agreement to jointly murder the weakest of the three forces while it is in their combined power to do so. One of these two social forces would be content to share totalitarian control over large swaths of the globe with the other remaining social force. One of these social forces will never be satisfied until it achieves complete domination of the entire planet. So what are these three great social forces? They are Islam, international socialism, and nationalism.

Allow me to explain the salient aspects of each, and how they relate to the coming 2016 cataclysm.


More @ The Gate Of Vienna
Posted by Brock Townsend at Monday, November 30, 2015