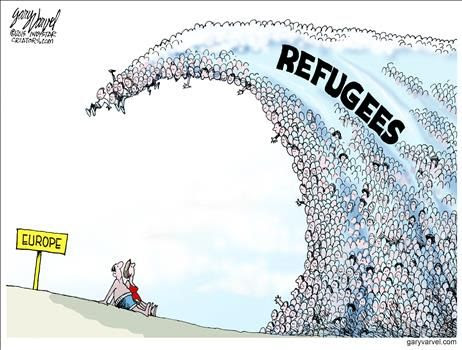 I agree that we must be very careful about who is permitted to enter the United States, but I object to the president’s plan for a very different reason. I think it is a sign of Washington’s moral and intellectual bankruptcy that US citizens are being forced to pay for those fleeing Washington’s foreign policy.


For the past ten years the US government has been planning and executing a regime change operation against the Syrian government. It is this policy that has produced the chaos in Syria, including the rise of ISIS and al-Qaeda in the country. After a decade of US destabilization efforts, we are now told that Syria is totally destabilized and we therefore must take in thousands of Syrians fleeing the destabilization that Washington caused.

Has there ever been a more foolish and wrong-headed foreign policy than this?

The American people have been forced to pay untold millions for a ten-year CIA and Pentagon program to undermine and overthrow the Syrian government, and now we are supposed to pay millions more to provide welfare for the refugees Obama created.