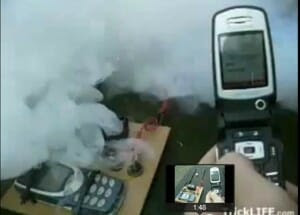 The Macon County Sheriff’s office is investigating a second suspicious purchase of dozens of cellphones at the Columbia Walmart on Conley Road.

ABC 17 News learned Wednesday night that the Macon County Sheriff’s Department is investigating a suspicious purchase of multiple cell phones at the Macon Walmart. The FBI in St. Louis and Springfield have been contacted and are investigating.