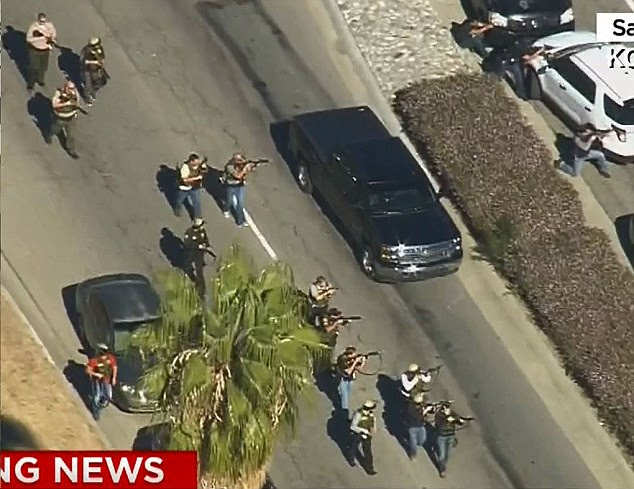 At least 12 people are believed to have been killed and eight others injured in a mass shooting at a center for the developmentally disabled in San Bernardino, California.

San Bernardino police are reportedly scouring the area for up to three white males dressed in tactical gear and ski masks and armed with AK-47s who are believed to have carried out the morning attacks.

Police are now searching for a black SUV that the suspects were believed to have fled in after leaving behind a suspicious device.

The scene is still being reported as an active shooter situation.