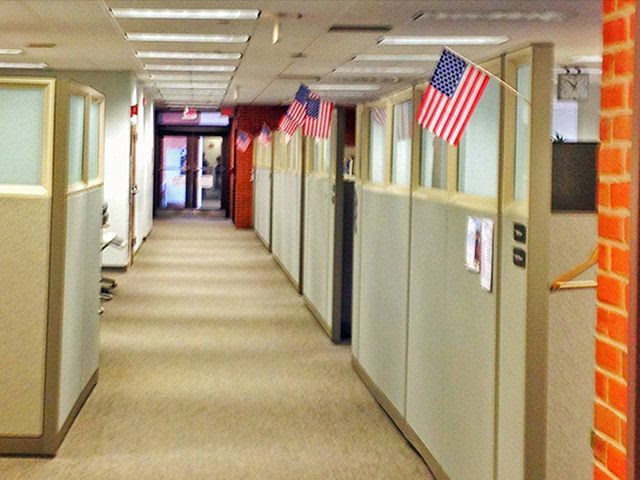 In 2014, the Northeast Utilities Company in Connecticut — now known as Eversource Energy — allegedly laid off around 200 of its American tech workers and replaced them with low-wage foreigners admitted on H-1B guest worker visas.

Now a photo has emerged depicted the workers’ final, silent patriotic protest — silent because the workers reportedly were forced to sign non-disparagement agreements to shield their employer.
The image depicts the display of American flags around cubicles of the company’s IT department — circulated by trade magazine ComputerWorld — before the Americans were replaced with foreign labor.

The powerful image seems to have taken on fresh significance in light of the news that American tech workers have launched their discrimination lawsuit against Florida Disney. Like Northeast Utilities, Disney similarly laid off scores of American workers — Sen. Marco Rubio's (R-FL) constituents
and replaced them with low-wage foreign laborers.