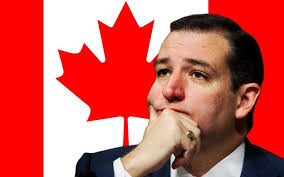 If Ted Cruz is a “natural born citizen,” eligible to be president, what was all the fuss about Obama being born in Kenya? No one disputed that Obama’s mother was a U.S. Citizen.

Cruz was born in Canada to an American citizen mother and an alien father. If he’s eligible to be president, then so was Obama—even if he’d been born in Kenya.

As with most constitutional arguments, whether or not Cruz is a “natural born citizen” under the Constitution apparently comes down to whether you support Cruz for president. (Or, for liberals, whether you think U.S. citizenship is a worthless thing that ought to be extended to every person on the planet.)