Via comment by Anonymous on RIOTS in Salt Lake City Following Police Shooting ..."This female deputy, her first assignment responding to a domestic disturbance, which I have read are the most dangerous, killed when she approached the door. Her father committed suicide the day after he had returned from Iraq.

The killer worked for the Pentagon." 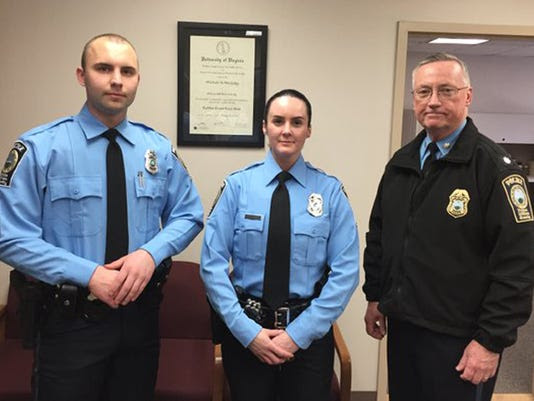 On her first day on the job, Officer Ashley Guindon responded to a call that could have become routine, had she gone on to a long career in law enforcement: a domestic disturbance in a well-kept suburban neighborhood.

But something had already gone terribly wrong inside the northern Virginia home of Army Sgt. Ronald Hamilton, police said Sunday, and Guindon's brief time with the Prince William County police department came to a horrific end. Hamilton opened fire on Guindon and two of her fellow officers, killing her and leaving the others seriously wounded, Police Chief Stephan Hudson said.