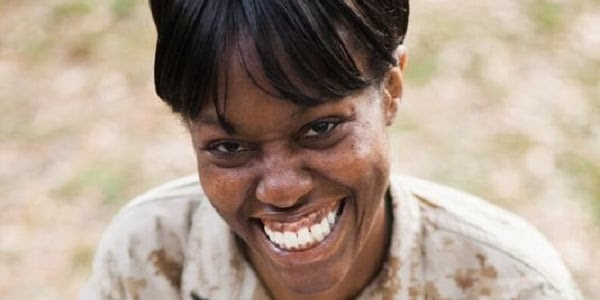 Five military judges heard oral arguments Wednesday in the appeal of a U.S. Marine punished through a court-martial for refusing to remove Bible verses from her workstation, and a retired general says the case could determine whether there really is religious freedom in the U.S. military.

Lance Cpl. Monifa Sterling lost her original court case, as the court ruled the Religious Freedom Restoration Act did not apply to the the type of religious expression she was displaying and did not protect her from punishment for refusing to remove the verses.

A decision is expected this summer.

Retired U.S. Army Lt. Gen. William “Jerry” Boykin was in the United State Court of Appeals for the Armed Forces for Wednesday’s oral arguments before the five-judge panel. Boykin told WND and Radio America it’s likely to be a 3-2 decision.

However the court rules, Boykin said the decision will reverberate throughout the military.