Jersey man could face jail for ‘illegal’ Trump flag: I don’t care if I have to buy 1,000 or hire a Marine to keep guard 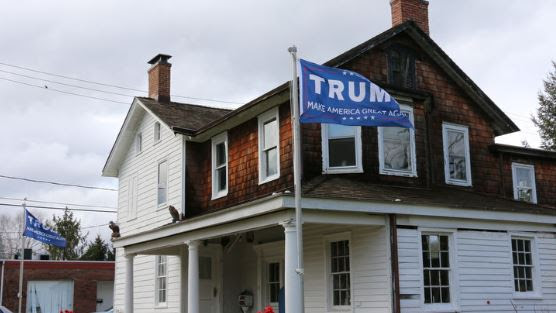 You’ve got to admire Joseph Hornick’s spunk. The West Long Branch, New Jersey man is determined to keep his Donald Trump flags flying high regardless of the cost. And lately, that cost has been pretty steep.

In the past, vandals would either damage the flags or steal them outright. He called the police several times to no avail – that is until March 25 when two officers showed up, not to take a report on the thefts, but to give him a ticket!

Displaying campaign signs on one’s lawn more than 30 days before an election is against the law in this New Jersey borough, and that includes flags (or at least Donald Trump flags). Former Democratic councilman and Hornick neighbor Brian Hegarty made sure authorities knew of this grievous violation.