Your infantry unit is outnumbered 8-1 and the enemy fire is so intense, from 100 or 200 yards away, that your own Infantry Commander has ordered the Medevac helicopters to stop coming in. You're lying there, listening to the enemy machine guns and you know you're not getting out.


As the world starts to fade in and out, you know this is the day. Then - over the machine gun noise - you faintly hear that sound of a helicopter. You look up to see an unarmed Huey. But ... it doesn't seem real because no Medevac markings are on it. 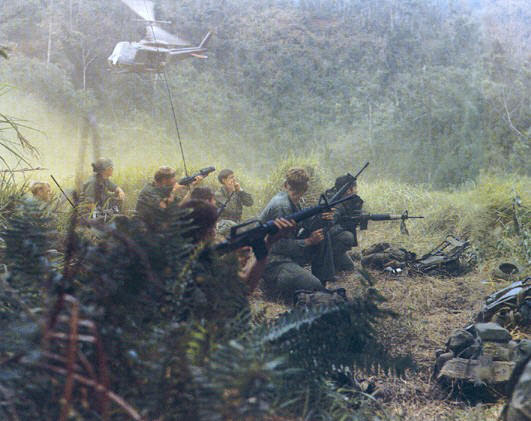 Ed Freeman is coming for you.

He's not Medevac so it's not his job, but he's flying his Huey down into the machine gun fire anyway. Even after the Medevacs were ordered not to come. He's coming anyway.

And he drops it in and sits there in the machine gun fire, as they load 3 of you at a time on board.

Then he flies you up and out through the gunfire to the doctors and nurses and safety.

And, he kept coming back! 13 more times!

Until all the wounded were out. No one knew until the mission was over that the Captain had been hit 4 times in the legs and left arm.

He took 29 of you and your buddies out that day. Some would not have made it without the Captain and his Huey.

May God Bless and Rest His Soul. 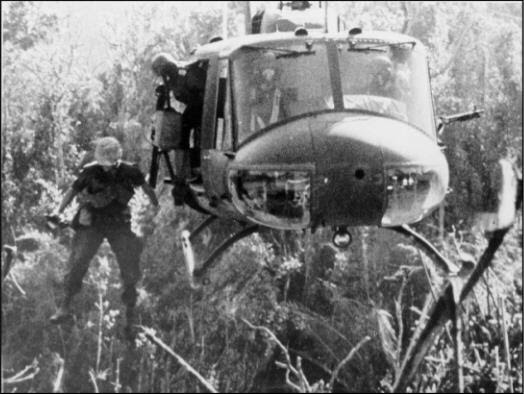 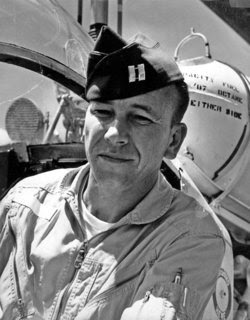 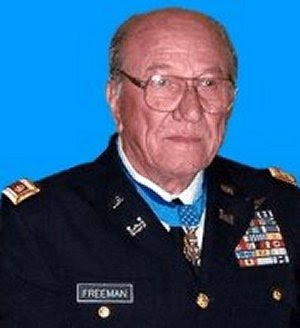 By direction of the President, under the Joint Resolution of Congress approved 12 July 1862 (amended by act of 3 March 1863, act of 9 July 1918, and act of 25 July 1963), the Medal of Honor for conspicuous gallantry and intrepidity at the risk of life above and beyond the call of duty, is awarded by the Department of the Army in the name of Congress to:

Captain Ed W. Freeman, United States Army, of Boise, Idaho, who distinguished himself by numerous acts of conspicuous gallantry and extraordinary intrepidity on 14 November 1965 while serving with Company A, 229th Assault Helicopter Battalion, 1st Cavalry Division (Airmobile). As a flight leader and second in command of a 16-helicopter lift unit, he supported a heavily engaged American infantry battalion at Landing Zone X-Ray in the Ia Drang Valley, Republic of Vietnam.

The unit was almost out of ammunition after taking some of the heaviest casualties of the war, fighting off a relentless attack from a highly motivated, heavily armed enemy force. When the infantry commander closed the helicopter landing zone because of intense direct enemy fire, Captain Freeman risked his life by flying his unarmed helicopter through a gauntlet of enemy fire time after time, delivering critically needed ammunition, water, and medical supplies to the besieged battalion.

His flights, by providing the engaged units with supplies of ammunition critical to their survival, directly affected the battle's outcome. Without them the units would almost surely have gone down, with much greater loss of life. After medical evacuation helicopters refused to fly into the area because of intense enemy fire, Captain Freeman flew 14 separate rescue missions, providing lifesaving evacuation of an estimated 30 seriously wounded soldiers-some of whom would not have survived had he not acted.

All flights were made into a small emergency landing zone within 100 to 200 meters of the defensive perimeter, where heavily committed units were perilously holding off the attacking elements. Captain Freeman's selfless acts of great valor and extraordinary perseverance were far above and beyond the call of duty or mission and set a superb example of leadership and courage for all of his peers. Captain Freeman's extraordinary heroism and devotion to duty are in keeping with the highest traditions of military service and reflect great credit upon himself, his unit, and the United States Army.
Posted by Brock Townsend at Sunday, April 24, 2016