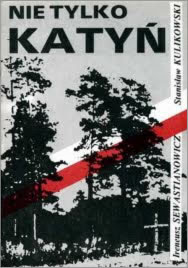 Even though many years have passed since that fateful summer in 1945, the families of the missing haven’t lost hope in finding their loved ones. “I hope that my husband is still alive. He surely is somewhere in Russia. Now, he will come back, because many things have changed over there [in Russia]. We will still see each other in this world” - how strange these words sound coming from the mouth of an old, ailing woman. Others - and they are the majority - only want to know the truth. They want to know where the graves of their relatives are. Are they somewhere far away in the East, in the “inhuman land”, or maybe here, in some unknown corner of the woods ?

In July 1945, the units of the NKVD , the Soviet secret police] carried out mass arrests and deportations of people suspected of being members of the Polish Home Army [abr. AK – Armia Krajowa] in the Augustów forest area. During the roundup, as it is called by the locals, thousands were arrested. From among those, hundreds had disappeared without a trace. - “We do not know where to pray for them. Where do we go to light a candle for a father, a husband, or a brother?”- ask the inhabitants of Giby, Płaska, Balinka, Mikaszówka and dozens of other villages in Suwalszczyzna who during the beginning of the first post-World-War-II summer, were surrounded by a cordon of armed Soviet soldiers. 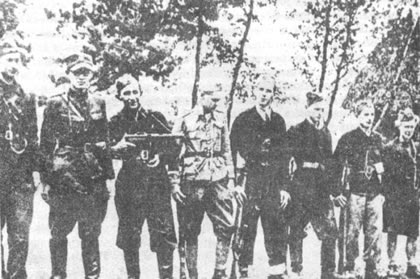 For the majority of the partisans the war ended a year and a half earlier.