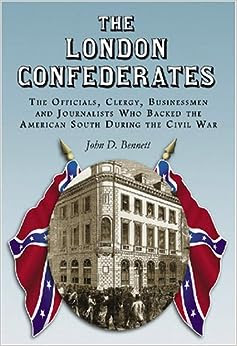 The British were wary of the American expansionist William Seward who became a dominant leader of the new Republican party in the mid-1850s. He spoke indiscreetly of annexing Canada and usually sided with anti-monarchical revolutionaries in Europe. The British, experiencing American secession 80-some years before and discovering the positive effects of independence movements, advised accepting secession as an accomplished fact.
Bernhard Thuersam, www.Circa1865.com   The Great American Political Divide

“The great majority of British observers remained convinced until very near the end of the war that the North could not win and that the Union could not be restored. There is abundant evidence of this belief in British publications and in the correspondence of British leaders.

“I do not see how the United States can be cobbled together again by any compromise,” the [British] Foreign Secretary wrote the British minister in Washington in January 1861. “The best thing would be that the right to secede should be acknowledged, that there should be a separation . . . “

During the first month of the Civil War the British minister reported from Washington that all chance of reconstructing the Union was “gone forever.” The Economist thought Lincoln’s goal of restoring the Union was “a futile dream.  Everyone knows and admits that the secession is an accomplished and irrevocable fact.”

In a memorandum to Queen Victoria at the end of 1861, the British prime minister listed the “virtually accomplished dissolution in America of the great Northern Confederation” as one of the noteworthy events of the previous year.

The belief that the North could not win the war was based on British experience during the American Revolution, on inadequate information reaching Britain on conditions and capabilities in both North and South, and most of all on wishful thinking by Britain’s ruling classes, which welcomed the division of the American superpower and feared the consequences in Britain of the triumph of popular democracy in the North.

The British remembered that during the American Revolution Lord Cornwallis had found it impossible to control very much of the American South. The Times of London, Britain’s most influential newspaper, doubted that it would be possible “to reduce and hold in permanent subjection a tract of country nearly as large as Russia in Europe and inhabited by Anglo-Saxons.” It advised the North to “accept the situation as we did 80 years ago upon their soil.”