Rudolph Giuliani to Vote for, but Not Endorse, Donald Trump 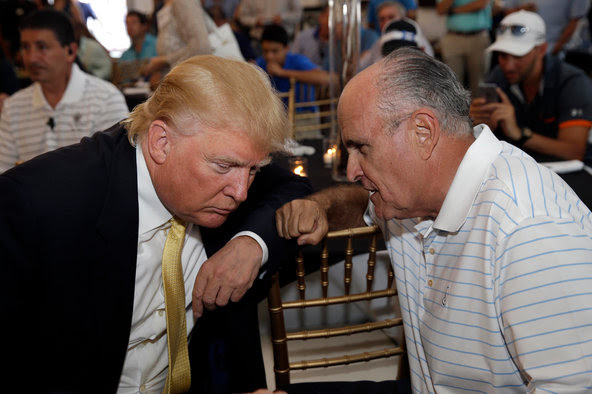 “The man that I know is not the man you see on television. He’s a gentleman, he’s a good father.”

Rudolph W. Giuliani is not endorsing Donald J. Trump. But he is voting for him.

In an interview, Mr. Giuliani, the former mayor of New York who has been uncharacteristically quiet in the last week about the Republican primary, said that he was planning to vote for Mr. Trump in the state’s primary on April 19, over Senator Ted Cruz of Texas and Gov. John Kasich of Ohio.

“He’s my friend, and I think of the candidates, of the choices that I have, he’s the best choice for president,” Mr. Giuliani said. “He’s a better choice than Cruz and a more realistic choice than Kasich.”