The Imprint of the War Between the States 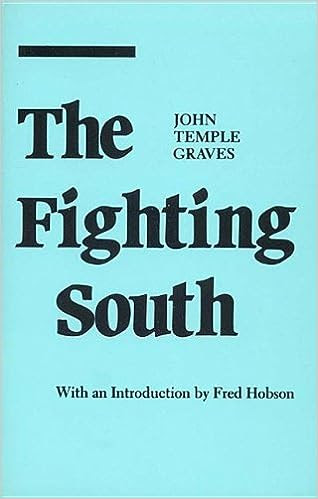 The American South fought for its rightful place on these shores and when denied parity in the Union of the Founders’, it would have it in its own American nation and as envisaged in Jefferson’s Declaration of Independence. The energetic resort to arms by Southerners was the response of a free people defending their ancient political rights as Englishmen.
Bernhard Thuersam, www.Circa1865.com   The Great American Political Divide

The Imprint of the War Between the States

“The people of the South,” wrote George Fort Milton, of Tennessee, historian of the Confederate War and its aftermath, “probably have the closest contact with the true fundamentals of democracy of any portion of our national citizenship. We have had fewer lush days to lead us into forgetfulness of the early faiths.”

Senator Burnet R. Murbank, of South Carolina, agreed. “An instinctive patriotism,” he called it, “an immutable determination vigorously to defend the security of their country and their sovereign rights against unjust and unwanted inroads from any quarter . . . These characteristics are not engendered by any adverse material or educational conditions.”

Senator Lister Hill, of Alabama, made a similar point after mentioning the English stock and tradition and the “imprint of the War Between the States.” He thought “Southerners are more belligerent not just about this war [against Germany] but about everything that pertains to their rights and their country . . . not merely because they are a people quick to action once their emotions are aroused but because they are willing to make a great sacrifice in this struggle for democracy just as their forebears risked their lives.”

Chancellor Oliver Cromwell Carmichael, of Vanderbilt University, believed that “the great belligerence of the South towards this war is due to its greater abhorrence of dictatorship and greater love of liberty and freedom. The spirit of . . . Robert E. Lee is still reflected in the background and thinking of the mass of Southern peoples and expresses itself in the vitality of its opposition to tyrannical systems.”

There is the remembrance that in the war the ruling class in England sided with the Southern cause . . . [and So Red the Rose author Stark] Young [mentions] a theory that modern German methods of invasion and destruction [are] derived from ones used against the South in the Confederate War. “Many a Southerner, reading news of the German war over England, has by inheritance a certain added perception of its impact.” He quoted James Truslow Adams’ “America’s Tragedy”:

“In 1870, when Germany was fighting France, [Union army General] Sheridan had gone over as a private observer but was received by Bismarck and other high officials, both civil and military. Dr. Busch, the biographer of Bismarck, notes that at a dinner given by the Chancellor the discussion turned to the recent conduct of some of the German forces, and Councillor Abeken thought that war should be conducted in a more humane fashion.

Sheridan denied this, says Busch, and expressed himself roughly as follows:

“The proper strategy consists in the first place in inflicting as telling blows as possible upon the enemy’s army, and then in causing the inhabitants so much suffering that they must long for peace, and force their government to demand it. The people must be left with nothing but their eyes to weep with over the war.”

The German noted in his journal: “Somewhat heartless it seems to me, but perhaps worthy of consideration.” During the [First] World War the Bishop of London, in an address quoted the words of the American general but attributed them to the Kaiser.”