Death knell for Trump! Paul Ryan refuses to back :) 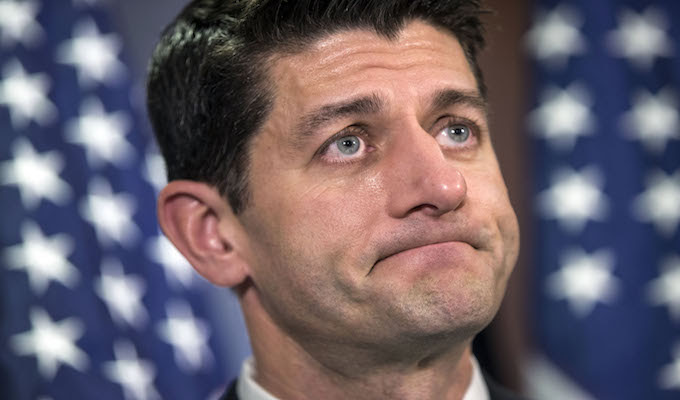 House Speaker Paul Ryan is refusing to support Donald Trump as the Republican nominee for president, insisting Thursday that the businessman must do more to unify the GOP.

The surprise declaration from Ryan on CNN’s “The Lead” amounted to a stunning rebuke of Trump from the Republican Party’s highest-ranking officeholder.

“I’m just not ready to do that at this point. I’m not there right now,” the Wisconsin Republican said. “And I hope to. And I want to, but I think what is required is that we unify this party.”

In a statement, Trump responded that he isn’t ready to support Ryan’s agenda.