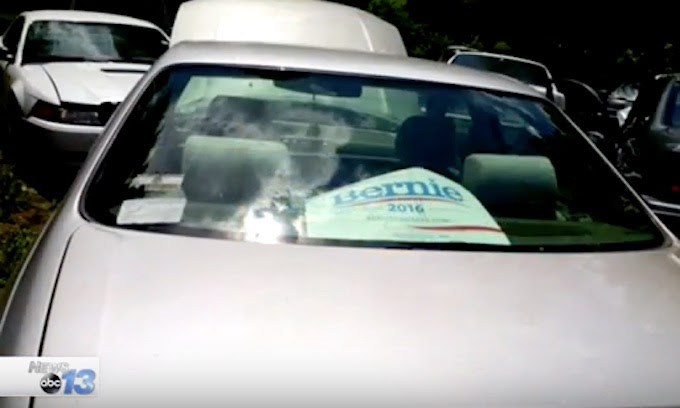 On Monday, a Donald Trump-supporting tow truck driver outside Asheville, North Carolina, responded to a call from a driver with disabilities.

When the tow truck driver saw the stranded motorist’s Bernie Sanders sticker, Fox Carolina reported, he aborted the pick-up and left her on the side of the highway.

According to Fox Carolina: “Kenneth Shupe said he was called to pick up a woman stranded on I-26 in Asheville on Monday.

“When he saw ‘a bunch of Bernie Sanders stuff’, he said he told the woman ‘very politely’ that he couldn’t tow her car because she was ‘obviously a socialist’