Via comment by Quartermain on What’s Really Behind #NeverTrump 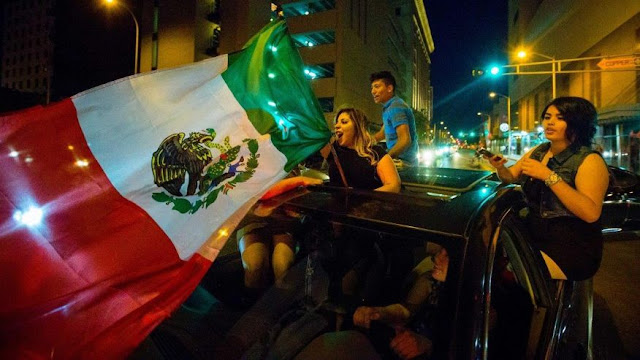 Outside the event, a large group of liberal activists and illegal aliens caused a near-riot attempting to shut down the event.

The mob, holding anti-Trump signs and Mexican flags, began throwing rocks and bottles at police on foot and horseback.

This is how the event unfolded on social media.


More with videos and pictures @ The Daily Caller
Posted by Brock Townsend at Wednesday, May 25, 2016