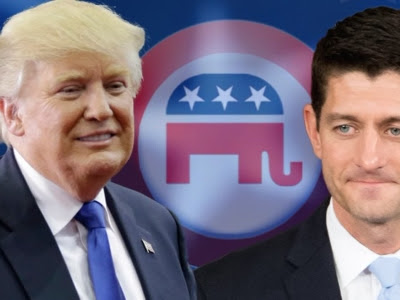 House Speaker Paul Ryan said Monday that if Donald Trump wants him to step down as a co-chairman of the GOP convention, he will respect his wishes.

"He's the nominee. I'll do whatever he wants with respect to the convention," Ryan said when asked about that scenario in an interview with the Milwaukee Journal Sentinel.

Ryan said he hopes he and Trump can begin to get to know each other when they meet later this week.