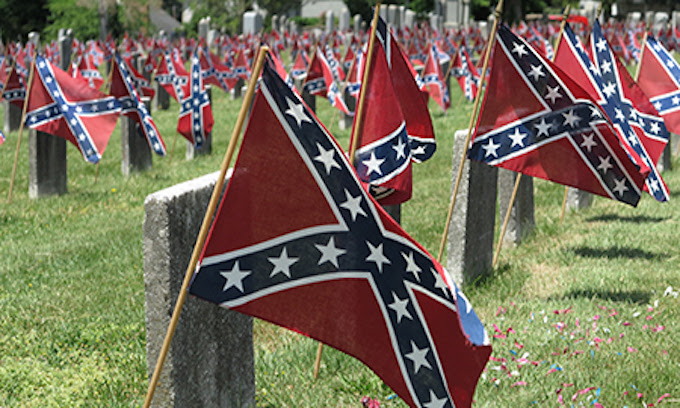 A measure to bar confederate flags from cemeteries run by the Department of Veterans Affairs was removed from legislation passed by the House early Thursday.

The flag ban was added to the VA funding bill in May by a vote of 265-159, with most Republicans voting against the ban. But Speaker Paul Ryan (R-Wis.) and Majority Leader Kevin McCarthy (R-Calif.) both supported the measure. Ryan was commended for allowing a vote on the controversial measure, but has since limited what amendments can be offered on the floor.

Jefferson Davis Middle School and The Campus at Lee.