" Mr. Trump has turned his back upon everything that created him."

Via comment by Quartermain on Priceless :) - Stupid Butt-Hurt Millennials On Bre...

"He has spat in the faces of the very globalist elite that once considered him part of their cabal. He has taken on immense personal, professional, reputational, and commercial risk for the sake of his convictions. He has ensured that, no matter what else happens, he will never be able to go back to being part of that elite club the way he once was.

Trump's ascension, and his likely victory in November, is the first sign of hope that the people of this country have had in something like a generation. The TEA Party was a brave attempt, but it was co-opted quickly by the elites. Mr. Trump, however, has thus far refused to be silenced or co-opted, much to his credit."
*********************************** 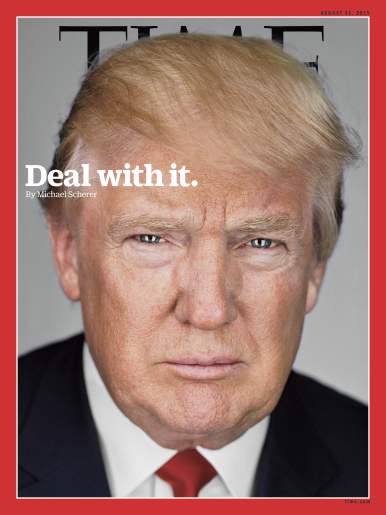 During my recent driving holiday with the family, we were required to drive out to one of the nicer suburbs in the Northeast to spend a couple of days with my aunt's family. Now, I actually rather like my aunt, and I think very highly indeed of my younger male cousin; he has turned into a really admirable young man and is working very hard to build out his own restaurant chain business.

And I'll be the first to admit that my aunt's house is a really nice place- it overlooks a sparkling, pristine bay with beautiful headlands and a natural harbour surrounded on all sides by the houses of the rich and famous.

The major downside of visiting their place is, of course, the fact that these relatives of mine are hard-core libprogs. That part of the world is practically overrun with such rabbits.

And it doesn't help that I turned to the dark side years ago, and have since simply become more curmudgeonly and right-wing with every passing month.
More @ Didact's Reach
Posted by Brock Townsend at Friday, July 01, 2016