Philadelphia Mayor: Trump and His Supporters Want to Go Back to Days When Blacks Couldn’t Sit at Lunch Counters

These race-pimps, like the mayor of Philadelphia quoted below making this totally fabricated and infuriatingly asinine statement, PROFIT from pitting Americans against Americans.

This is analogous to crying FIRE in a crowded theater and the Dem-controlled media puppets
will not hold these hustlers to account.

Were there real justice in this nation, people like this mayor would be charged with incitement, and make no mistake........people, many people,  have already died because of their lies. Just ask Obama, the Head Hustler in Chief.

What a piece of human excrement this so-called "mayor" is.  How embarrassing he is to you if you're a Democrat not presently high on Kool-Ade. Do yourself a favor; contact the mayor and let him know you do not support such outrageous lies being peddled by him to gain a political boost at the expense of decency and harmony
~ J.... 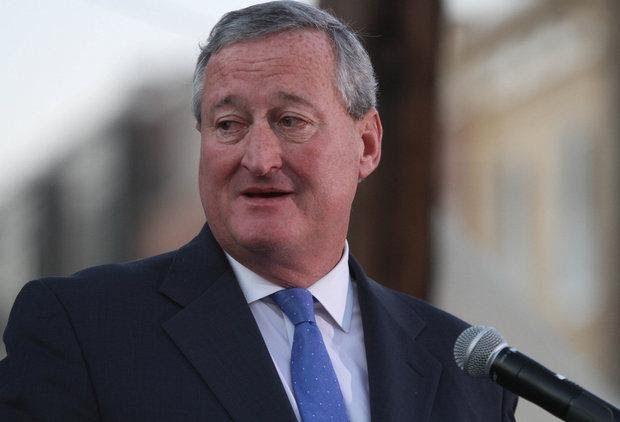 Philadelphia Mayor Jim Kenney (D) said on MSNBC’s “AM Joy” Saturday that GOP presidential nominee Donald Trump and his supporters want to “go back to the good old days” when African-Americans could not sit at the lunch counter or ride in the front of a bus.

“I think the whole concept of taking America back — from whom and for whom? I mean, Donald Trump and his folks want to go back to the good old days where you couldn’t sit at the lunch counter or ride in the front of the bus,” Kenney told MSNBC’s Joy Reid.