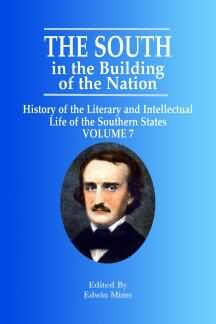 Washington warned that sectional animosity would endanger the new Union; by 1826 both Jefferson and Adams deplored the loss of republican direction provided by the revolutionary generation. The tariff controversy of the early 1830s ignited the fire that would not be quelled until 1865, though the Constitution and the Union were destroyed in the process.
Bernhard Thuersam, www.Circa1865.com   The Great American Political Divide

In 1827, Robert J. Turnbull, under the pseudonym of Brutus, published a series of thirty-three articles in the Charleston Mercury, and promptly issued them in a pamphlet entitled “The Crisis: Or Essays on the Usurpation of the Federal Government,” which he dedicated “to the people of the “Plantation States” as a testimony of respect, for their rights of sovereignty.”

Turnbull vehemently urged the people of the South to face the facts, to realize that the North was beginning to use its control of Congress for Southern oppression by protective tariffs and otherwise; and he proposed as a remedy that South Carolina should promptly interpose her sovereignty, and safeguard Southern interests, by vetoing such congressional acts as she should decide to be based upon Federal usurpations and intended for Northern advantage at the cost of Southern oppression.

“. . . William H. Trescott’s “The Position and Course of the South” [was] an embodiment of the soundest realization of the sectional conditions of the Southern section in the closing decade of the ante-bellum period. The author, a leading, experienced, conservative citizen of South Carolina, states in his preface, dated Oct. 12, 1850, that his purpose is to unify the widely separated parts of the South.

He says his views are not new, but they are characteristically Southern: “We are beginning to think for ourselves, the first act toward acting for ourselves.” The essay begins with an analysis of industrial contrasts.

The political majority of the North represents labor; that of the South, capital; the contrast is violent. Free labor hates slave labor, and it will overturn the system if it can. The two sections with many contrasting and conflicting characteristics are combined under the United States Constitution, but they are essentially irreconcilable. Even in foreign relations the North is jealous of foreign powers for commercial and industrial reasons, while Southern industry is not competitive with, but complementary to European industry and commerce, and the South, if a nation by itself, would be upon most cordial terms with foreign powers.

“The United States government under the control of Northern majorities must reflect Northern sentiment, sustain Northern interests, impersonate Northern power. Even if it be conceded that the South has no present grievance to complain of, it is the part of wisdom to consider the strength and relations of the sections, and face the question, what is the position of the South? In case our rights should be attacked, where is our constitutional protection? The answer is obvious.

But one course is open to her honor, and that is secession and the formation of an independent confederacy. There are many men grown old in the Union who would feel an honest and pardonable regret at the thought of its dissolution. They have prided themselves on the success of the great American experiment in political self-government, and feel that the dissolution of the Union would proclaim a mortifying failure. Not so.

The vital principle of political liberty is representative government, and when Federal arrangements are discarded, that lives in original vigor. Who does not consider the greatest triumph of the British constitution the facility and vigor with which, under slight modifications, it developed into the great republican government under which we have accomplished our national progress. And so it will be with the United States Constitution.

We believe that Southern interests demand an independent government. We believe that the time has come when this can be established temperately, wisely, strongly. But in effecting this separation we would not disown our indebtedness, our gratitude to the past. The Union has spread Christianity, fertilized a wilderness, enriched the world’s commerce wonderfully, spread Anglo-Saxon civilization. “It has given to the world sublime names, which the world will not willingly let die — heroic actions which will light the eyes of a far-coming enthusiasm. It has achieved its destiny. Let us achieve ours.”