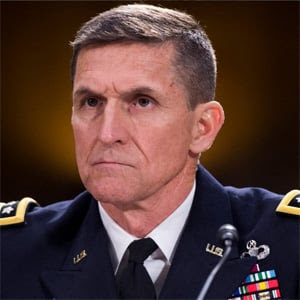 “He’s a great listener,” Flynn said. “He’s a rapid learner. He’s somebody who’s able to absorb lots of information quickly. He’s an exceptional decision-maker and problem solver. And he has great instincts for the types of people he has around them.”

The former director of the Defense Intelligence Agency says the United States must get serious about defeating radical Islam, and he’s laying out a plan to do it – a plan he says is dependent upon GOP nominee Donald Trump winning the White House in November.

Retired U.S. Army Lt. Gen. Michael T. Flynn is a frequent cable news contributor, and he spoke on behalf of Trump last month at the Republican National Convention. He is also author of “The Field of Fight: How We Can Win the Global War on Radical Islam and Its Allies.”

In his book, Flynn said it’s long past time for the U.S. to stop “participating” in the war against radical Islam and start winning it. He believes America is just spinning its wheels while ISIS and other enemies pursue an announced, strategic campaign against the West.

“We totally have lacked imagination, and we’ve forgotten how to win, actually,” Flynn told WND and Radio America. “And we have to stop being politically correct about this enemy. We have to clearly define it.”