My Court House and Their “Judicial Center” 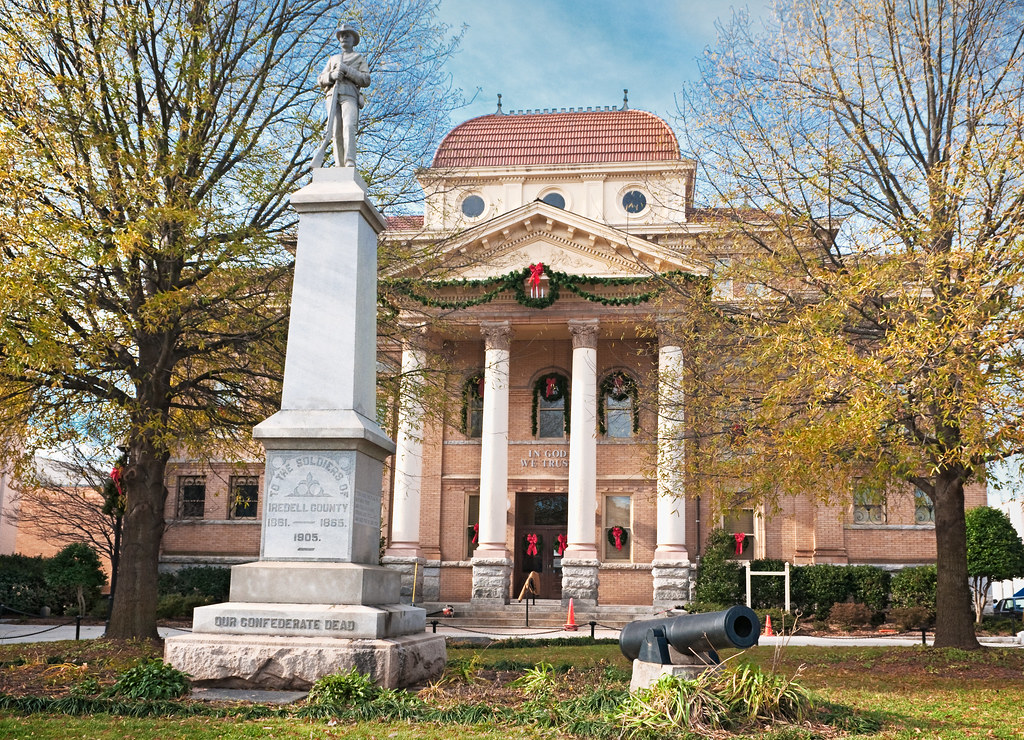 When I first moved here, more than forty years ago, the county was mostly rural, inhabited by families whose land patents went back to the late 17th century and by black people with equally ancient pedigree— the descendants of slaves, the numbers of which had been modest by South Carolina standards. Few people ever bothered to cross the river to the state capitol in the next county. They had no reason to.

Now we are totally suburbanized, with over a quarter of a million people, mostly from north of the Ohio and Potomac. Every chain restaurant, motel, and retailer known to man is heavily represented. Signs in Spanish proliferate and there is a whole large neighborhood of very affluent subcontinental doctors employed by the federal government at the Veterans Hospital and other places. (Usually they are two-physician-income families.) The descendants of the settlers have either succeeded in some form of business related to “development” or gone under, nobody being able to survive on farmland taxed at the value of suburban real estate. I think very little of this growth was initiated by free enterprise—it is directly or indirectly a result of the expansion of “government.”

The first county court house, antebellum, was wooden, as was the adjacent county jail. A region of prosperous but unpretentious farmers, some of whom still spoke “the Deutsch,” did not need anything fancy. Sherman’s men decided they had a better use for the court house—firewood, while they waited for the pontoon bridge across the river to be finished so they could get to Columbia and collect more firewood. The wait took too long so they filled the time wrecking various homes and the Lutheran Seminary, although it was brick and had little firewood.

The “old” court house, my court house, was built in the early 20th century. It was on a quiet intersection with the usual red brick construction and Confederate monument. Also a tablet to the World War I dead, which seems to have been a heavy number in every South Carolina county. The courtroom was one of those solid, solemn old-fashioned places, somewhat like a prosperous church, that immediately make you think of older and better times. It was not even air-conditioned and people wandered in an out of the building freely on business with various county offices.

By the 1970s acute observers could notice changes in the atmosphere around the county and especially at the small-town county seat. The court house began to be surrounded by new buildings, each dedicated to an agency of This or That, offspring of the Johnson-Nixon Great Society splurge in federal spending and tampering.

Lately we have really been moving with the times in our haste to catch up with the advanced condition of all those places that the people who have moved in from up North left behind when they came here. We now have a new court house, excuse me “Judicial Center,” to go along with the “Administrative Center” and the “Detention Center” a few blocks away.

The new court house looks and is operated like a space-age fortress. You can only enter with the standard airport search to which you are directed by large, unsmiling, well-armed deputies. Even after you have been vetted as likely non-terrorist material your movement and access is limited. It takes exceptional intelligence to follow the posted directions to various county officials without stepping into a restricted area and exceptional courage to enter one of those closely monitored offices.

The court house, even in a county where not too long ago everybody knew everybody and was related to most of them, vividly tells us who we now are. The officials are not the servants of the people. They are our masters. We should not bother them in their castle unless we are criminals to be brought to justice or serfs there to pay our tribute of some tax or fee.