Reflections of a Ghost: An Agrarian View After Fifty Years by Andrew Nelson Lytle (Wonderful) 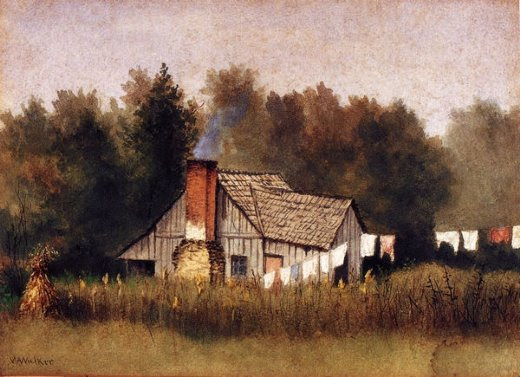 "............a family owned and operated place. If the place has no mortgage, you live in a dwelling house without paying money for rent. If you plow with a team, you grow your own fuel. You grow most of your food. You do grow crops for money, but you are not completely in the money economy. You live at home with security. And you are a part of a living community, with other families in your situation, some better to do than others, as will always be the case."

Of the twelve agrarians who wrote the symposium I’ll Take My Stand, only three are alive: Robert Penn Warren, the poet and novelist, Lyle Lanier, a psychologist and former executive vice-president of the University of Illinois, and myself, a writer and reader of fiction. I don’t presume to speak either for Warren or Lanier, and I don’t know how to address myself to myself in the past tense. Perhaps I am not here at all. Secretly I’ve had the feeling I was killed at the Battle of Brice’s Cross Roads, taking the bullet meant for General Forrest. You understand it was Forrest who, if he’d been let, could have been decisive in winning the war of the Northern Rebellion.

Too often Confederate forces won the field only to retreat later on. Brice’s Cross Roads, fought in Mississippi, was a perfect battle. It should be an example of such in the text books of war colleges. Forrest combined his forces at the right time, defeated an enemy with odds of two to one against him, and then pursued the enemy and drove him out of the state, not to speak of the seizure of supplies, which was large. So perhaps it will be all right to speak of myself in the third person, along with my companions in arms who must of necessity be so addressed, if what you see here is not me but my ghostly presence. But if I am a ghost, what are you?