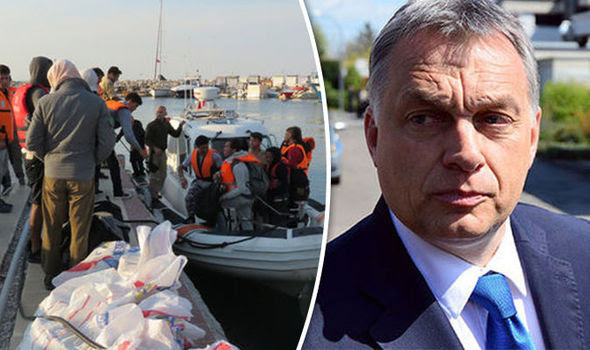 EUROPE must help Christians BEFORE Islamic people and sink empty migrant ships to save the Mediterranean, the tough-talking prime minister of Hungary has demanded.

Hardliner Viktor Orban pulled no punches as he pinned the blame on the “elite” of the failing European Union (EU) for the escalating migrant crisis engulfing the continent.

The prime minister, who has called a referendum in Hungary over EU migrant quota systems, said the superstate had “collapsed in front of our eyes”.

A defiant Mr Orban called on the beleaguered bloc to focus on helping Christian people in order to tackle the migrant crisis, which has seen millions of refugees travel through the continent’s open borders.