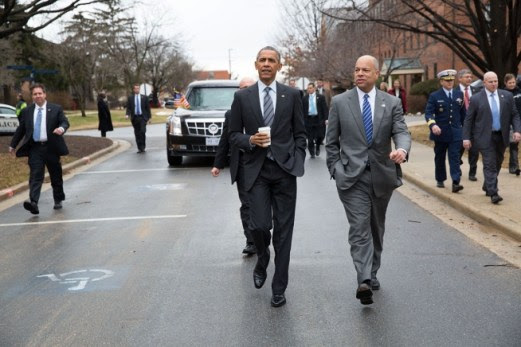 A new bombshell report written by Jerome Corsi suggests that President Barack H. Obama’s passport records were likely ‘sanitized’ by the acting Director of the Central Intelligence Agency John Brennan, leading up to the 2008 presidential election, after Brennan achieved the status of Director of the National Counterterrorism Center under the Bush Administration until Aug. 1, 2005.

That’s right, the sleazeball may be the one almost solely responsible for allowing an illegal foreign entity, i.e. Barry Soetoro, A.K.A. Barack Hussein Obama, to ‘salt,’ sprinkle, his way into the White House under CIA direction thus reacquiring full control of the helm from the CIA ran Bush Administration. You see, it was nothing more than a passing of the baton–it’s so simple.

And if you think I’m joking I’m not. This is how business has been done for years, ever since John F. Kennedy was taken out of the picture on Nov. 22, 1963.