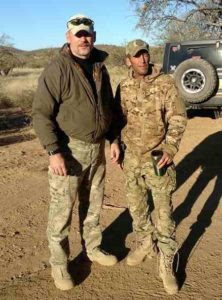 I have obtained some additional information on Mark McConnell that will be of interest to all.  After my last article, “Mark McConnell“, it seems that McConnell kept saying that the information was readily available.  He never really addressed whether he was an informant, or not.  He simply sidestepped the issue of the role he played.

So, let’s separate the issues between what he said and whether he was an informant.  To do so, we simply look to the Court record and see what transpired, on two separate occasions, during the trial of the United States of America v. Ammon Bundy, et al.  The verdict was not guilty on all but one count.

From the rough draft transcripts of the trial, September 21, 2016.  Mr. Gabriel is one of the prosecuting attorneys.  Beckert is an Oregon State Police officer.  Mr. Mumford was Ammon Bundy’s attorney.  Yu will not that the government prosecuting attorney intentionally outed McConnell as a government informant.  I will leave the reader to speculate as to why they would do this.