Via Knuckledraggin' My Life Away via Angry Mike

While Cubans in Cuba have an average salary of $20 a month and cannot buy enough food to feed their families, Antonio Castro, one of the sons of Cuban dictator Fidel Castro, spent several weeks in June of 2015 cruising the Aegean Sea on his 160 foot yacht with a group of friends and several bodyguards.

The photos below were taken at a 5-star hotel in the city of Bodrum, Turkey, where Antonio Castro rented 5 suites for him and his friends, according to Turkish newspapers.

Castro arrived in Bodrum on his yacht, after spending a few days in the Greek island of Mykonos. 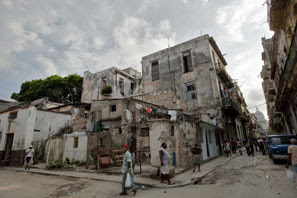 Neill Blomkamp’s 2013 science-fiction film Elysium, starring Matt Damon and Jodie Foster, takes place in Los Angeles, circa 2154. The wealthy have moved into an orbiting luxury satellite—the Elysium of the title—while the wretched majority of humans remain in squalor on Earth. The film works passably as an allegory for its director’s native South Africa, where racial apartheid was enforced for nearly 50 years, but it’s a rather cartoonish vision of the American future. Some critics panned the film for pushing a socialist message. Elysium’s dystopian world, however, is a near-perfect metaphor for an actually existing socialist nation just 90 miles from Florida.