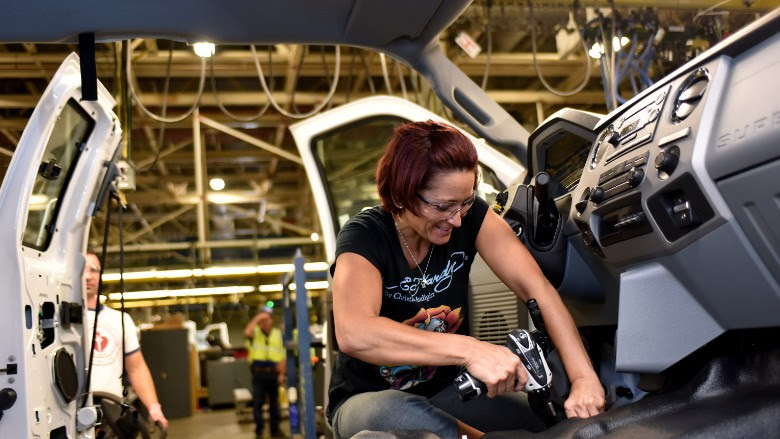 Ford's heavy duty pickup trucks which used to be built in Mexico started rolling off an assembly line in Ohio this week.

That's good news for the 1,000 Ford workers in Ohio, who might have otherwise been out of work.
It's also good publicity for Ford (F), which has been under fire for investing so much in Mexico. In April, the automaker said it would invest $2.5 billion in transmission plants in the Mexican states of Chihuahua and Guanajuato, creating about 3,800 jobs there.