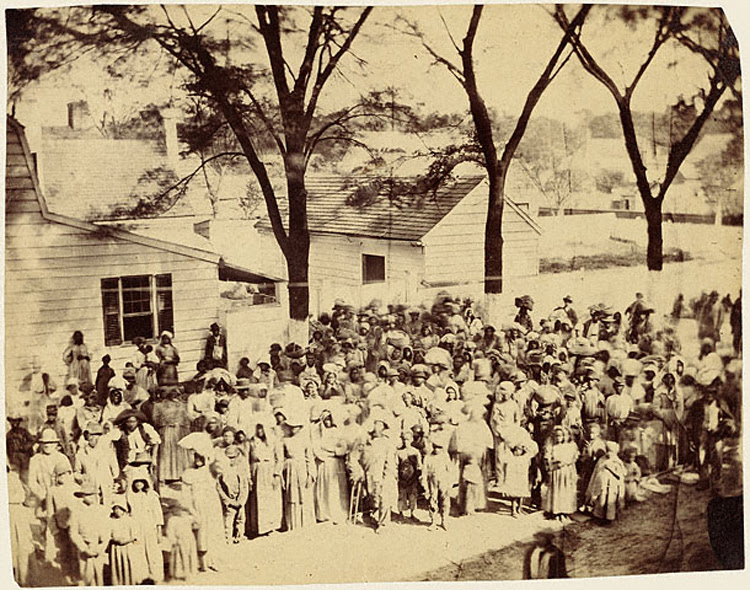 Well before African slaves populated the American South in any number, New England’s Puritans were enslaving the Indian tribes whose lands they appropriated. Also, the closed society of New England did not welcome non-Puritans, white, red or black, and once the slave’s labor was done they could be sold for profit and to labor elsewhere. This may offer a clue to New England’s future sweeping itself clean of the slave trade they had nourished and profited from, and blame the institution on the American South.
Bernhard Thuersam, www.Circa1865.com   The Great American Political Divide

“Slavery began in New England during the first years of settlement in Massachusetts, and thus, the Puritans learned how to be slave owners immediately on arrival. As white New Englanders conquered their new settlements, they enslaved Native American populations both to control them and to draw on them for labor. Although John Winthrop did not immediately see Indians as slaves, it dawned on him quickly that they could be.

Winthrop recorded requests for Native American slaves both locally and abroad in Bermuda. Wars with the Narragansett and Pequot tribes garnered large numbers of slaves. The trading of Indian slaves abroad brought African slaves to Massachusetts shores. In 1645, Emanuel Downing, John Winthrop’s brother-in-law and a barrister, welcomed a trade of Pequot slaves for African slaves.

However, the enslavement of American Indians had a different tenor than the enslavement of Africans. The indigenous slaves represented an enemy, a conquered people, and a grave threat to [Puritan] society. African slaves represented a trade transaction, laborers without strings attached. Moreover, Indian slaves . . . served as collateral with which to negotiate with Native leaders. Further [Puritan] colonists could expel troublesome Native slaves out of the colony, or they could just control them as slave property.

[In] Massachusetts first legal code, the 1641 Body of Liberties . . . outlawed slavery among the Puritans. However, the exceptions of strangers (foreigners who lacked protection from the king) and war prisoners gave an opening to enslave other human beings.

The exception in the case of war prisoners gave the colonists direct permission to enslave Indians . . . such as in the Pequot war they had just concluded. Conveniently the slave trade had already begun to spread strangers throughout the Atlantic world.

[Most] Puritans sought a homogenous society that made any kind of stranger feel unwelcome [and] Puritans’ efforts to expunge untrustworthy members with white skin were legendary. Men and women from other cultures with different skin tones posed a more complicated dilemma. The cultural differences of Africans and Native Americans automatically made them undesirable additions to the closed Puritan societies.

As King Philip’s War drew to an end in 1678 . . . [it had] brought in a huge number of [Indian] slaves. Hoping to socialize Indian children, Plymouth’s council of war forced them to apprentice in white families. The council sold hundreds more Indians to Spain, Jamaica, and the Wine Islands.”